We are delighted that Chef Adrian has come on board to become a brand ambassador for NordMende. We filmed 30 new recipes which are being released via social media in the coming months.

Chef Adrian regularly appears on TV3 and has just signed a deal with RTE for a new cookery programme. He is a young Irish chef from Cavan who is passionate about food and cookery. He is currently Ambassador for the Associated Craft Butchers of Ireland which covers local butcher shops and artisan food stores. Starting at a very young age, he trained in some of Ireland's most renowned restaurants including Neven Maguire's Mac Nean House (6 years) and Bon Appetit (1year). He also holds a degree in culinary arts from the School Of Tourism Killybegs.

We are delighted to announce AB Distributors have been appoi..

In accordance with Government guidelines to .. 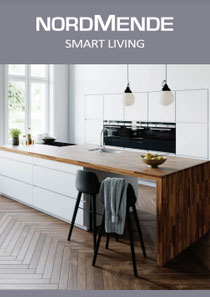